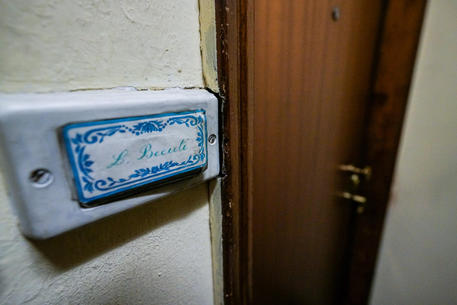 (ANSA) - Turin, February 18 - NeoNazi stickers appeared Tuesday on the buzzer of the home of a WWII partisan's daughter in Turin, the second such episode there in less than three weeks.
The two small labels bore the words 'Re Hitler' (King Hitler) next to a swastika and a Celtic cross.
On January 30 two stickers bearing the SS salute 'Sieg Heil' and swastikas were attached to the doorbell of the same apartment.
The episode came after similar anti-semitic messages were recently found in Turin, Mondovi', Brescia and Giaveno near Turin.
The woman, a member of the partisans' association ANPI, has reported the incidents to DIGOS security police.
A survey out last month said one in six Italians now deny the Holocaust, up from one in 20 16 years ago, and one in five say Mussolini was a great leader who made some mistakes.
There was an upsurge in anti-Semitic episodes in Italy around Holocaust Memorial day last month.