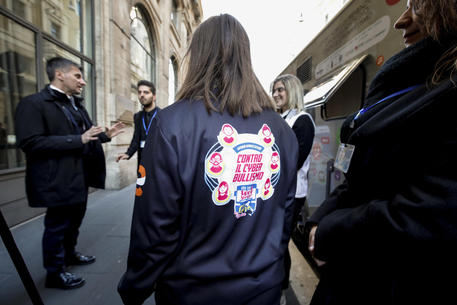 (ANSA) - Cremona, February 18 - An 11-year-old girl was given an award from the prefect of the northern city of Cremona on Tuesday for showing remarkable courage and maturity in the face of bullying.
The girl, Flavia, was the victim of verbal and physical violence, including messages on her school desk wishing her death.
The girl reacting by sending a letter of love on Valentine's Day to local newspaper La Provincia that included a message in which she addresses her tormentor "with affection and compassion".
"Dear bully, while it's true that, on one hand, you have wiped out any illusion I had of being in the golden world of a child, on the other, I thank you because you have given me drive and grit," Flavia wrote.
"Dear bully, I just wanted to say that you will never be able to extinguish my desire to live". Her response was hailed by Education Undersecretary Peppe De Cristofaro.
"Thank you Flavia!," Cristofaro said on Facebook.
"With your courage and your strength, you have build a wall and created a bridge.
"And you showed all of us, adults first of all, that you don't tackle bullying by adding violence to violence, but by breaking the grip of silence and fear that it feeds on".