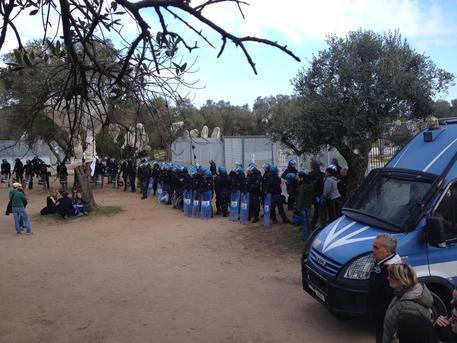 (ANSA) - Lecce, January 8 - The top executives of the Trans Adriatic Pipeline (TAP) company, and the company itself, have been sent to trial for alleged environmental crimes committed in the uprooting of olive groves for the construction of its Italian terminal in the Lecce area.
The trial will start May 8.
Lecce prosecutors have called to trial 18 people and TAP.
Puglia Governor Michele Emiliano, of the ruling centre-left Democratic Party (PD) said his administration would stand as civil plaintiffs.
He said they would ask for a "billion euro compensation".
Emiliano has backed anti-TAP protests over the years, some of which have turned violent.
TAP's Italian landfall is being constructed in the Melendugno area of the Salento promontory in Puglia.
Among the other injured parties, as well as the Puglia government, are eight towns represented by their mayors; the environment ministry; the head of the No TAP Salento group, Alfredo Fasiello; and the consumer and heritage associations Vas Onlus, Codacons and Italia Nostra.
The TAP is a pipeline project to transport Azeri natural gas, starting from Greece via Albania and the Adriatic Sea to Italy and further to Western Europe.
The pipeline would be supplied by natural gas from the second stage of the Shah Deniz (Azerbaijan) gas field development in the Azerbaijani section of Caspian Sea through the South Caucasus Pipeline and the Trans Anatolian Pipeline (TANAP).
Since it will enhance energy security and diversify gas supplies for several European markets, the TAP project is supported by the European institutions and seen as a "Project of Common Interest" and a part of the Southern Gas Corridor.
Protests at Melendugno have focused on the uprooting of olive trees, which are set to be replaced where they originally stood after the project is completed.