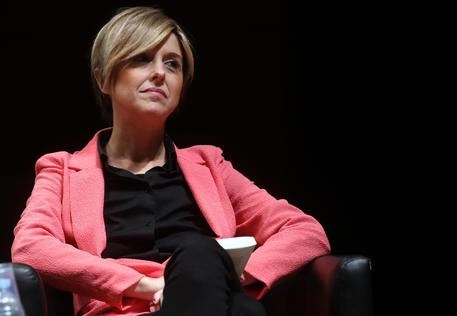 (ANSA) - Rome, August 13 - Popular presenter and reporter for Mediaset TV show Le Iene Nadia Toffa has died after a long battle against cancer, the programme said via social media on Tuesday. Toffa was 40. She was a brave and determined investigative reporter who often put her own safety on the line as she delivered big stories for Le Iene on fraud against the national health service, slot-machine scams, children's rights, the illegal dumping of trash in Campania and the impact on people's health of pollution from the ILVA steel plant in Taranto.
Indeed, the Puglia city gave her honorary citizenship.
She was promoted to being one of the Le Iene's presenters in 2016. She was equally courageous in battling her disease after she was diagnosed with cancer in 2017 and she wrote a book about the fight.
In the book she wrote that she tried to see cancer as "a gift, an opportunity" - comments that led her to coming under heavy fire from online haters. "You fought with your head held high, using all of your strength, up to the end, up to today," Le Iene said on the show's Facebook page.
"Destiny, karma, fortune, bad luck decided to hit you, our Toffa, the toughest of all.
"While some did not believe in your fight, we stayed silent and you smiled.
"You managed to forgive everyone... perhaps even that monster that you fought against without stopping: cancer. "Nothing will be like it was before for us".