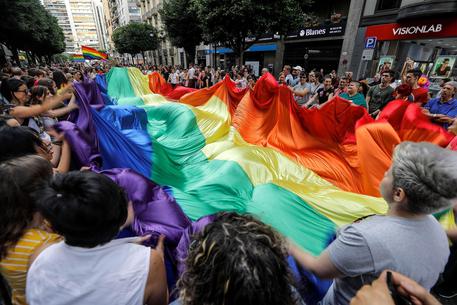 (ANSA) - Rome, August 12 - Two gay Italian men were attacked on Saturday at a nightclub in Valencia, Spain, said Fabrizio Marrazzo, spokesman for the association Gay Center and director of the Gay Help Line, an Italian nationwide hotline providing a range of services including one for reporting acts of homophobia and transphobia.
Marrazzo said the two men, ages 19 and 25, were insulted and beaten, and they called the hotline after receiving treatment for their injuries.
He said the men plan to file a complaint with the Italian consulate.
"We are calling on the Italian Foreign Ministry to intervene to provide maximum support to the men and prevent the aggressors from going unpunished," Marrazzo said.
He said Spain has had laws against homophobia since 1995, with more specific laws that went into effect in the autonomous region of Catalonia in 2014, but that no such laws exist in Italy.