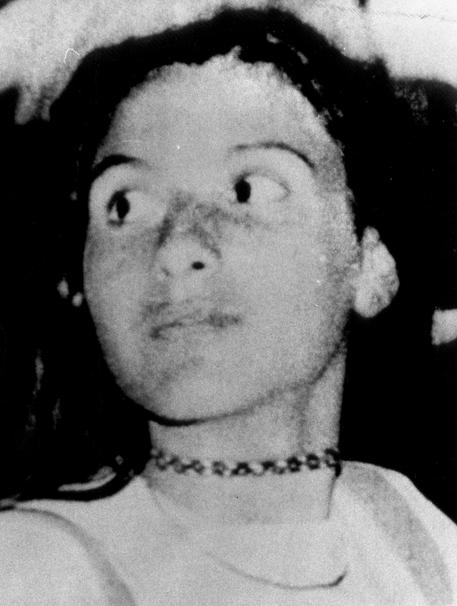 (ANSA) - Vatican City, July 2 - The Vatican court's promoter of justice on Tuesday ordered two tombs in the Vatican's Teutonic Cemetery to be opened after a petition from the family of a 15-year-old girl who went missing in 1983, Emanuela Orlandi.
"The decision," said Vatican spokesman Alessandro Gisotti, "was taken within the context of one of the files opened following a petition by Emanuela Orlandi's family who, as is well known, in recent months reported the possible burying of her body in the small cemetery situated in the territory of the Vatican State".
The Vatican said the two tombs will be opened on Thursday of next week, July 11.
In April the Vatican decided to open an internal probe into the case of Orlandi, a 15-year-old Vatican citizen who disappeared in the summer of 1983.
The Secretariat of State authorised the opening of an investigation into a grave in the Teutonic Cemetery inside the Vatican that some think may be Orlandi's.
Orlandi's brother Pietro said he had met Vatican Secretary of State Cardinal Pietro Parolin in the last few months, sometimes with his lawyer Laura Sgro', and "we presented our requests".
"After 35 years of lack of cooperation, the start of an investigation is an important breakthrough," he said.
"We have presented the Vatican with a series of issues, including that relating to the tomb in the Teutonic Cemetery, but not only," said Pietro Orlandi.
"Among the issues are those linked to the discrepancies in the affair, the international legal probe requests that did not succeed, and then the possibility of questioning some cardinals and the request to hear from Giancarlo Capaldo, the magistrate who investigated Emanuela's disappearance in 2012 and who, after being contacted by the Vatican, went to see an authoritative prelate for a sort of "negotiation" on the case.
"And then there's the request to carry out checks on one of the tombs in the Teutonic Cemetery on which rumours have been circulating inside the Vatican for years.
"But I don't want them to open this tomb to do me a favour, I want the truth to emerge".
The Vatican said on March 27 it was handling a request from Orlandi's family to see if the tomb was that of Orlandi.
"We're handling it, we'll find a way. I can't say any more," said the Vatican tribunal's promoter of justice, Gian Pierto Milano.
A lawyer for the Orlandi family said "seeing that the Pope has decided to open the Vatican Archives for the Pontificate of Pius XII in 2020, we make an appeal to the pontiff to give us access to the dossier that regards the investigation into the disappearance of Emanuela Orlandi".
Last summer the Orlandi family lawyer received an anonymous note saying "seek where the angel indicates".
Investigations then led the family to think her remains might be in the tomb, which is pointed to by an angel on the cemetery wall holding a sheet saying RIP.
Speculation on Orlandi's disappearance, and that of another 15-year-old girl in the same summer of 1983, has been rife over the years.
In late November Rome prosecutors said bones found in an annex to the Vatican's nunciature to Italy do not belong to Emanuela Orlandi or the other girl, Mirella Gregori.
Analysis of the remains showed that they date back to before 1964 and belong to a man, the sources said.
Gregori disappeared in May 1983.
Orlandi, the daughter of a Vatican employee, went missing a month later.
The Orlandi case has spawned several theories over the years, including that she was murdered to gain traction to have pope John Paul II's Turkish shooter Mehmet Ali Agca freed, or that organised crime was involved.
Ali Agca was questioned in the case.
In 2016 investigations into the case were shelved.
Six people including a priest were implicated in the investigations on suspicion of complicity in abduction and murder.
All but one had links with the Banda della Magliana, a now-defunct crime gang based in Rome.
In September last year the Vatican described as "false and ridiculous" reports that the Vatican had spent large amounts of money on the case.
In an article published by La Repubblica, Italian investigative reporter Emiliano Fittipaldi wrote about a leaked document that allegedly showed the Vatican spent over 483 million lire, around 250,000 euros, on the case between 1983 and 1997.
In the piece, Fittipaldi reported money went to a pensioner in London and medical expenses in the British capital.
Fittipaldi has written books in the past with revelations linked to the two VatiLeaks scandals featuring embarrassing leaks of confidential documents.
In 2016 Italian film director Roberto Faenza said his latest movie "The Truth is in the Sky" was aimed at encouraging authorities to reopen the Orlandi case.
The film, inspired by Vito Bruschini's "The Truth on the Orlandi Case" book, tells the story of an English TV station which sends a journalist to Rome to investigate the origins of the Mafia Capitale scandal involving city authorities' links to criminal organisations.
"The Truth is in the Sky" is a phrase that Pope Francis said when he met Orlandi's family in the Vatican, Faenza said, adding that in fact he believes the truth is on earth and his film is aimed at encouraging investigators to keep pursuing it.