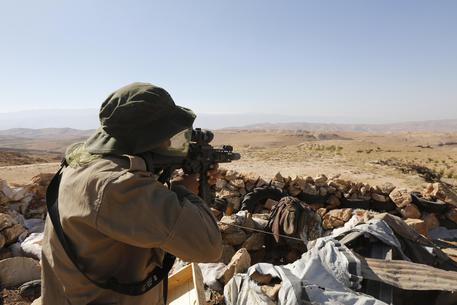 (ANSA) - Brescia, June 28 - An Italian foreign fighter was brought back to Italy on Thursday after being arrested in Syria, sources said Friday.
Samir Bougana, a 25-year-old with Moroccan roots, allegedly first fought with militias close to Al Qaeda and then with ISIS.
An arrest warrant was out for Bougana for the crime of association for terrorism after Brescia prosecutors opened an investigation into him in 2015. He is thought to have reached the war zone in 2013 from Germany. His return came about thanks to cooperation between the Italian authorities and the FBI, who made contact with the Kurdish-Syrian forces that Bougana surrendered to in August 2018. Bougana was born in Gavardo, near Brescia, and lived in Italy until he was 16 before moving to Germany with his family. Photo: a file image of combat in Syria.