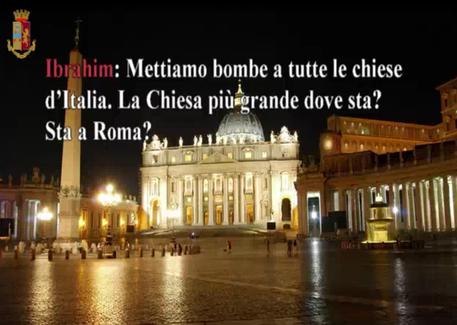 (ANSA) - Rome, December 17 - A Somali man arrested on December 13 in Bari was allegedly found in a wiretap by Italian DDA anti-mafia and anti-terrorism forces to have called for bombs to be planted in churches. "Let's put bombs in all the churches of Italy. Where is the biggest church? It's in Rome?," he said, according to the wiretap. The alleged terrorist was arrested when trying to flee the Bari area on December 13. The 20-year-old is believed by DIGOS special security police in Bari to be linked to the Islamic State (ISIS) in Somalia and to be in contact with one of its operating cells. The investigation is being assisted by the FBI.