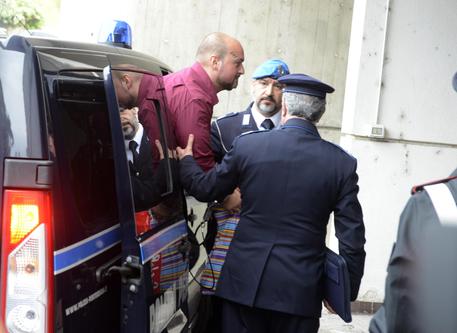 (ANSA) - Macerata, October 3 - A Macerata court on Wednesday handed down a 12-year jail sentence for rightist militant Luca Traini, 29, for shooting and wounding six African migrants in Macerata on February 3 in 'revenge' for the murder and dismemberment of a Roman woman allegedly by a Nigerian drug pusher.
Furthermore, he was sentenced to pay compensation to the plaintiffs.
The maximum possible sentence was 22 years.
The prosecutor's office had reduced its sentence request to 12 years based on extenuating circumstances for Traini and given that he opted for a summary judgment.
During his hearing earlier Wednesday, Traini apologised in court and said "I made a mistake".
"I don't have any racial hate, I wanted to bring justice against drug dealers; there was a bombardment of news about the spread of drug dealers due to immigration, even my ex-girlfriend took drugs," he said, reading from a prepared statement.
"In prison I gained a new understanding of the facts," he said, adding that he had a difficult childhood but is "neither crazy nor borderline".
Traini went on his spree three days after the discovery of the body of Pamela Mastropietro outside Pollenza near Macerata.
A Nigerian drug pusher, Innocent Oseghale, has been charged with her rape, murder and dismemberment.
He says they had consensual sex, she died of an overdose and he disposed of the body because he was afraid he might be accused of murder.