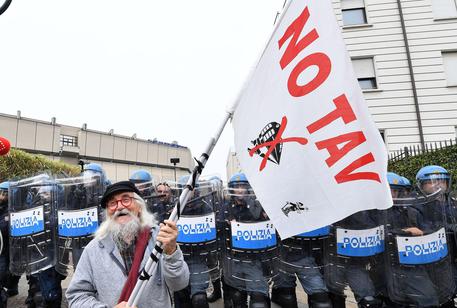 (ANSA) - Brussels, May 17 - European Transport Commissioner Violeta Bulc commented on the M5s-League government vow to stop the new Turin-Lyon high-speed train line (TAV) by saying Italy had signed "clear commitments" on the project. "It's difficult to speculate on what the new government will do, until it officially presents its requests," but "it is very clear that the Italian government in 2014 signed commitments to complete the TEN-T corridor," she said.
Among the policy pledges in a government contract drawn up by the anti-establishment M5S and the anti-migrant Euroskeptic League is stopping the TAV project, which has faced sometimes violent protests by environmental activists, anticapitalists and anarchists, and NIMBY protesters, grouped in the No TAV umbrella movement.
Stephane Guggino, general delegate of the Transalpine committee, which promotes the TAV, said if Italy blocked the project it would have to reimburse Europe and France.