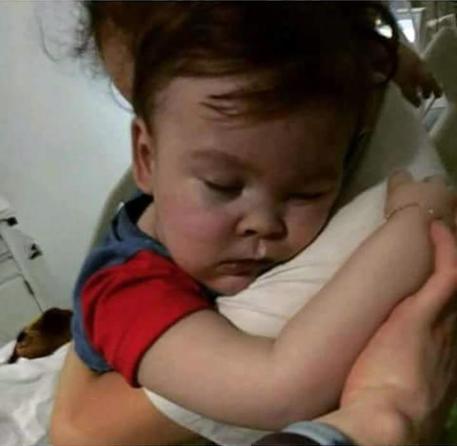 (ANSA) - Rome, April 24 - A British high court judge appears to have ruled out a request by Alfie Evans parents for the seriously ill toddler to be taken to a Rome hospital, journalists in court have reported, according to the Liverpool Echo. However, he did ask Liverpool hospital Alder Hey to consider allowing Alfie to be taken home, the local daily reported. The judge also criticised some people close to Alfie's parents, saying them were providing them false hope.
The parents made a fresh legal request for the seriously ill toddler be transferred to an Italian hospital as the child continues to fight after his life support was withdrawn late on Monday. The government in Rome has granted the British toddler, who has a serious brain condition, Italian citizenship in a bid to bring him to Italy and beat British court orders to let him die.
Rome's Vatican-owned pediatric hospital Bambino Gesù has offered to treat the 23-month-old boy. Pope Francis appealed for Alfie and met his father last week.