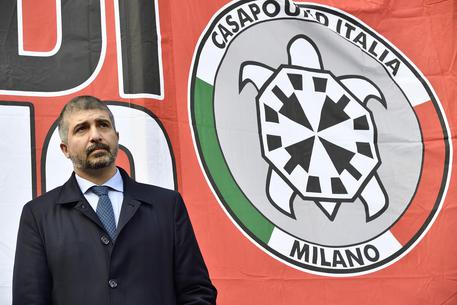 (ANSA) - Rome, March 1 - An activist of far-right group CasaPound who was reportedly attacked in the coastal Tuscan city of Livorno on Wednesday night in front of his pregnant partner risks losing an eye, the movement said on Thursday.
The man was reportedly attacked while he was trying to reattach an electoral poster that had been torn down, according to CasaPound.
The activist was "attacked by four people" carrying clubs who "hit him and then destroyed the windows of his car, inside which was his pregnant fiancée who was fortunately unharmed but in a state of shock", CasaPound said.
The man, according to the group, is being treated at a local hospital and risks losing an eye.
photo: CasaPound premier candidate Simone Di Stefano