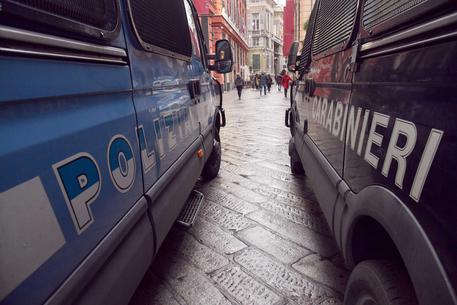 (ANSA) - Pisa, February 9 - A young male motorcyclist shot and injured four people in Pisa on Friday after being told off by passers-by for dangerous riding, sources said. The victims suffered arm and leg injuries and none are in a life-threatening condition, the sources said. Police have launched a manhunt for the motorcyclist, who is thought to be a young resident of the area where the shooting took place. The motorcyclist first opened fire with a small gun and then returned on foot with another pistol and shot at people from close range at a cafe, the sources said. Hours after the shooting the motorcyclist was still at large.
Police cordoned off some city blocks between the Palazzo Blu museum and the River Arno after reports he was in the area, but they turned out to be false.