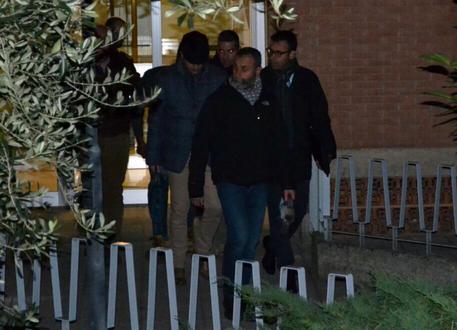 (ANSA) - Macerata, February 1 - Nigerian national Innocent Oseghale has been charged with the murder of Pamela Mastropietro, an 18-year-old whose dismembered body was found Wednesday in two suitcases dumped in the countryside outside Pollenza near Macerata in Marche, sources said Thursday.
Oseghale, 29, has also been charged with disposing of a body, judicial sources said Thursday.
Oseghale appeared "confused and not very clear" during questioning in which he denied the charges Thursday, judicial sources said. Oseghale continued to deny the charges and tried to accuse two other people who police have cleared, the sources said.
An autopsy on the body failed to establish cause of death Thursday, medical sources said.
The relatives of Mastropietro said Thursday they were "distraught". They said "we hope justice is swiftly done for the author or authors of this atrocious crime: they are ferocious beasts".
Carabinieri forensic police found bloodstained clothes belonging to the victim and other blood traces at the suspect's home, sources said.
They also found a receipt from a nearby pharmacy where the victim had bought a syringe, they added.
The woman had voluntarily left a drug rehab centre at nearby Corridonia on January 29.
Oseghale has a record for drugs offences, police said.
He was pinned down by CCTV footage of the area where the suitcases were dumped, and by a foreign national who said he saw him carrying the suitcases there.
Mastropietro is believed to have been killed on the morning of January 30, police said.
The Pars drug rehab community from which she fled said Thursday the case highlighted "a tragic underestimation of the drug problem in our country".
The Corridonia centre said drug legislation in Italy was "inadequate".