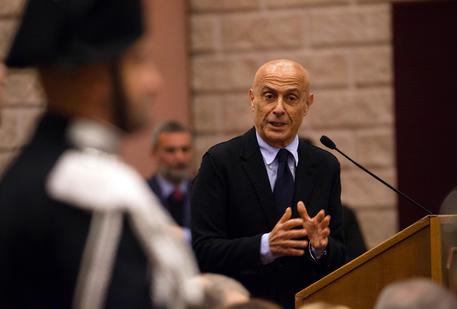 (ANSA) - Rome, January 31 - There is no evidence that 50 ISIS fighters have come to Italy on board migrant ships as reported by Interpol, the Italian police department said Wednesday. The department said the report that the fighters had come to this country ready to carry out attacks "does not find any result".
The department said collaboration between Italy and Tunisia had enabled Italian police to identify "a tiny number of people" flagged by Tunis authorities, and they had already been repatriated.
Earlier the Guardian reported that Interpol had sent a list of 50 Tunisians who are suspected ISIS fighters and are thought to have landed in Italy via boat to the interior ministry in Rome. The British newspaper said it has seen the list, reporting that it was sent to the interior ministry on 29 November and subsequently distributed to national anti-terrorism agencies across Europe.
Some of the suspects were identified by officials when they landed in Italy, the Guardian said, adding that the document shows their first names, surnames and dates of births.
The suspects may be attempting to reach other European countries, it reported.
photo: Interior Minister Marco Minniti