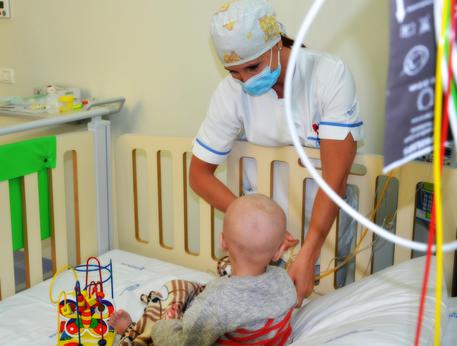 (ANSA) - Rome, January 2 - A 38-year-old Somali man stole a nurse's uniform and tried to rape a 43-year-old woman in the maternity ward of a Rome hospital on New Year's Eve, sources said Tuesday.
He was arrested on charges of sexual violence.
The man went into the ward of Sant'Eugenio Hospital while the woman was giving birth and reportedly began groping her.
She fended him off and called nurses who seized the man until police arrived.