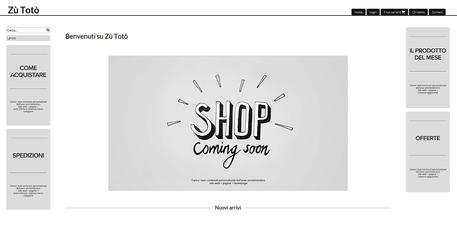 (ANSA) - Palermo, December 5 - Totò Riina's daughter has opened a webshop selling wares celebrating the late Mafia boss of bosses and calling him 'Uncle' in Sicilian dialect. "There are two of us, Maria Concetta Riina and her husband Antonino Ciavarello," reads the site, zu-toto.scontrinoshop.com/about. "We want to sell some 'Zu Totò' brand products, we're starting with coffee capsules, we're doing this presale to get orders to get us going, seeing that they've seized everything from us without reason".
It went on: "Thanks in anticipation for your faith, we are expecting large orders from you and then, in the time it takes to set up a firm, we will send you what you ordered. For further info: zutotodistribuzione@libero.it".
On her Facebook pafge Maria Concetta Riina said "the lion is wounded but is not dead, it will soon rise up and keep fighting...as it has always done, always".
Tony Ciavarello, her husband, is under house arrest in San Pancrazio in Puglia, serving six months for a fraud committed in 2009 at Termini Imerese near Palermo.
Ciavarello, 44, husband of one of Riina's two daughters, was arrested Friday to serve the six months under house arrest for fraud.
Earlier last week a Padua detention review court revoked the parole of Giuseppe Salvatore Riina, one of Riina's two sons, and sentenced him to a year in a work 'colony' for contacts with drug pushers that breached the terms of his parole.
Prosecutors had asked for a term of three years for Riina junior, one of the Mafia boss's four children.
Toto' Riina, the bloody Corleone-born boss who launched an all-out war on the Italian State in the early 1990s, died on November 17, a day after turning 87, in a section for inmates of Parma hospital.
He was buried on November 22 in the cemetery of Corleone, near Palermo.
The Italian church had ruled out a public funeral for Riina, pointing out that the pope has excommunicated mafiosi.
It was late pope John Paul II who first issued the anathema against unrepentant mafiosi receiving the sacraments 24 years ago.
A private prayer session was held in the cemetery, where some of Riina's Corleonesi allies like Bernardo Provenzano, as well as several of his victims, are buried.
Riina was still considered head of Cosa Nostra despite spending 24 years under the 41 bis tough jail regime.
He had been in a coma since the second of two recent operations and had been badly ill for a long time.
Nicknamed The Beast for his ferocity, he was serving life for a slew of crimes including the assassinations of anti-Mafia magistrates Giovanni Falcone and Paolo Borsellino 25 years ago.
Other infamous assassinations were those of Carabinieri General Carlo Alberto Dalla Chiesa, who had recently been appointed prefect of Palermo, in 1982; and of Sicilian Governor Piersanti Mattarella, the brother of Italian President Sergio Mattarella, in 1980.