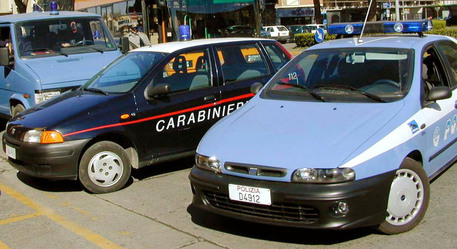 (ANSA) - Rome, November 24 - Two people were kneecapped in an ambush in a pizzeria in the crime-ridden Roman coastal municipality of Ostia Thursday night. A man wearing a motorbike helmet entered the premises in Via Canaria at around 22:00 local (21:00 GMT) and shot the 50-year-old father of the owner and the 41-year-old pizzaiolo. Police said Friday the attack may have been a reckoning in a feud among criminal gangs or it may have been linked to a local racket. The owner of the pizzeria, Sara Bruno, said Friday "it was a bolt from the blue, bizarre and inexplicable".
She said "as well as the state of shock which I wouldn't wish on anyone and the concern about people you love, you are overcome, alas, not only with fear for an unknown act but also the fear of being unable to defend yourself from the chatter that inevitably follows such an incident".
Two criminal families, the Spadas and the Falcianis, run a series of rackets in the coastal town and the municipality was dissolved for mafia infiltration two years ago. New Ostia municipal head Giuliana Di Pillo of the anti-establishment 5-Star Movement (M5S) on Friday called on Interior Minister Marco Minniti to intervene to boost police and strengthen protections for commercial activities.
Also on Friday, a Rome detention review court ruled that alleged Ostia gangster Roberto Spada, accused of headbutting and breaking the nose of a RAI State broadcaster reporter in the wake of the elections in the Roman seaside municipality on November 7, must stay in jail. It reiterated that Spada was accused of grievous bodily harm aggravated by "mafia methods". Spada, the brother of alleged clan chief Carmine Spada, is being held in a jail in Tolmezzo near Udine in far northeastern Italy.
Spada allegedly attacked Daniele Piervincenzi and a cameraman outside his boxing gym while being interviewed on the Spada clan's alleged support for the far-right CasaPound group, which scored an unexpectedly high 9% in the first round of municipal elections on November 5.
M5S member Di Pillo beat a centre-right candidate in a run-off for municipal chief last Sunday.