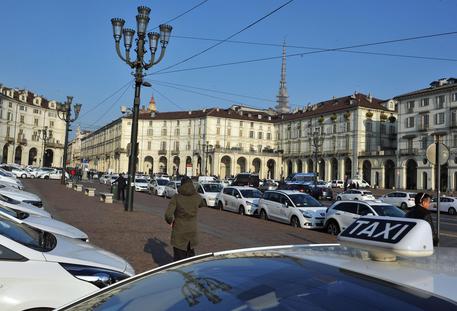 (ANSA) - Rome, November 21 - Taxi drivers across the country went out on strike on Tuesday in protest at a government reform proposal that will deregulate the sector, allegedly favouring competition from multinational transportation network companies such as Uber. The nationwide action, which began at 8 am and ends at 10 pm local time, was confirmed on Monday after talks with transport ministry officials proved unsuccessful. The turnout was reported to be high in most major cities, where so-called 'social services' for people in difficulty were however guaranteed.
On Tuesday morning there were no taxis serving passengers arriving at Rome's Fiumicino airport. In the capital 500 taxi drivers protested outside the transport ministry at Porta Pia.
"The (government) proposals deregulate the sector through the liberalisation of car rental with driver services which is to the advantage of Uber," said Alessandro Genovese of trade union federation UGL. "The government aims to regulate the market so services to citizens are more efficient and better tailored to demand," said deputy transport minister Riccardo Nencini.