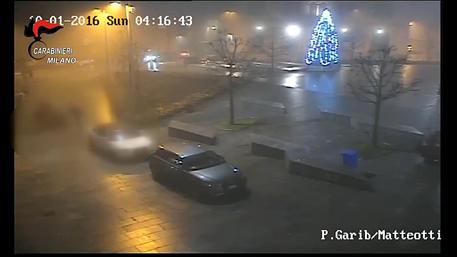 (ANSA) - Milan, September 26 - An operation linked to a probe into alleged infiltration of Lombardy's political and business world by the Calabria-based 'Ndrangheta mafia saw 24 people arrested on Tuesday, sources said. Of those, 21 suspects were taken to jail and three were put under house arrest, including Edoardo Mazza, the mayor of the province of Monza town of Seregno and a member of Silvio Berlusconi's centre-right Forza Italia party.
Mazza, who gained headlines for campaigning against beggars, is accused of facilitating the business of an entrepreneur linked to the mafia who, in turn, allegedly got him votes for his election as mayor.
Police said they had a wiretap in which Mazza promises the construction entrepreneur, Antonio Lugarà, that he would intervene to get him the contract to build a shopping centre at Seregno.
"Every promise is a debt, isn't it," Mazza allegedly told Lugarà.
Lugarà was among those also arrested in the investigation, sources said. Former Lombardy deputy governor Mario Mantovani is under investigation for corruption in relation to the probe, sources said. Mantovani, now a Forza Italia regional councillor, is not probed for mafia crimes. He was arrested two years ago in relation to a separate probe. The accusation regards his relations with businessman Lugarà, the construction chief who also allegedly had relations with Mazza, sources said. The probe is into alleged extortion and drug trafficking too, judicial sources said.
Prosecutor Ilda Boccassini, who led the probe, said that "I can say there is a system" based on "omertà (the mafia code of silence) and on "advantages for those who turn to the anti-State to get benefits". Speaking at a press conference, she said "it is easy for the clans to infiltrate the institutional fabric".
Bocassini also said the bust had captured the last major participant at a 2010 mafia summit held in a centre dedicated to slain anti-mafia prosecutors Giovanni Falcone and Paolo Borsellino.
The major 'Ndrangheta bust is expected to be one of the last feathers in the cap of Boccassini, who made her name with Bribesville and mafia probes and cases involving ex-premier Silvio Berlusconi.