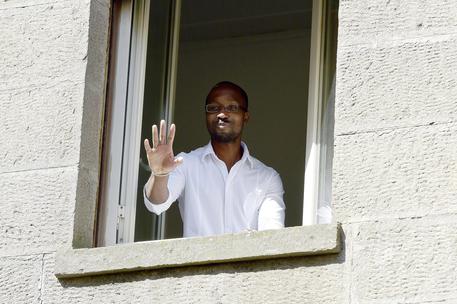 (ANSA) - Florence, December 20 - Florence's court of appeal on Tuesday said it will decide on January 10 on a petition to review the trial of Rudy Guede, an Ivorian who is the only person convicted of the 2007 murder of British exchange student Meredith Kercher in Perugia. The court adjourned proceedings as judges requested documentation from the supreme court's conviction of Guede and its acquittal of two other former suspects, American Amanda Knox and her ex boyfriend Raffaele Sollecito.
Tommaso Pietrocarlo, an attorney on Guede's defense team, said the court "will now be able to compare the two sentences", stressing that his client's conviction was based on the "necessary participation also of Amanda Know and Raffaele Sollecito", something that the supreme Cassation Court has "absolutely ruled out".
The attorneys representing Kercher's family, Vieri Fabiani and Francesco Maresca, instead denied that Guede's conviction implied that Knox and Sollecito had played a role in the murder.
Fabiani said there were no grounds to revise the trial because new evidence had not been presented and Guede's conviction was not incompatible with the acquittal of Knox and Sollecito.
"What has not been proven is that the murder could not be committed without those accomplices", as claimed by Guede in his petition, Fabiani noted.
Maresca added that the petition to revise the trial was also "not sufficiently motivated".
Guede is currently serving a 16-year prison term for Kercher's murder.