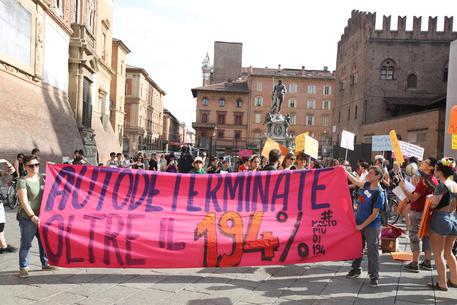 (ANSA) - Rome, November 22 - Italy lags in Europe in terms of safeguarding the health of women choosing to terminate unwanted pregnancies, the Association of Italian Gynecologists in Favor of the Application of the 194 Law (LAIGA) said Tuesday.
The landmark so-called 194 law of 1978 legalized abortion within the first 90 days of pregnancy in Italy.
LAIGA said an average of 70% of doctors in the heavily Catholic country refuse to terminate pregnancies by claiming to be conscientious objectors on religious grounds, with peaks of 80-90% in eight of Italy's 20 regions.
Health ministry data shows just 60% of Italy's hospitals offer abortion services, which should be available to everyone by law.
"This means we're almost at the levels of countries in which abortion is banned, such as Ireland and Poland," said LAIGA President Silvana Agatone.
"We're light years from countries like France, where conscientious objection is at 7%, or Scandinavian countries where conscientious objection doesn't exist".
"These numbers mean the health, and sometimes the lives, of women are at risk," said Christian Fiala, a past president of the International Abortion and Contraception Federation (FIAPAC).
"Objectors shouldn't work on wards where abortions are carried out".
"The problem is that conscientious objectors aren't just gynecologists, but also anesthetists, operation room staffers, nurses who refuse to insert a needle - even pharmacists," said Loredana Taddei, who is in charge of gender policies at CGIL trade union federation.
Few are aware, however, that conscientious objection for pre- and post-abortion procedures is illegal, Magistrate Aniello Nappi pointed out. "It's important... not to allow forms of boycott that could drive women to resort to clandestine abortions," Nappi said.
To remedy this situation, LAIGA is calling for every province to have at least one hospital offering abortion services, and a conscientious objector registry for every facility "so women can have previous access to the information on who will be treating them".