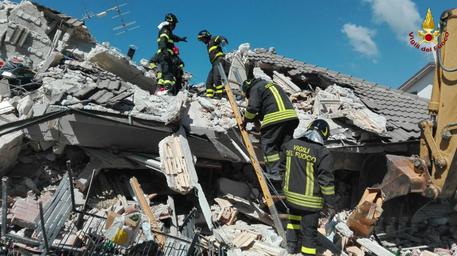 (ANSA) - Rieti, August 25 - Police in earthquake-hit Amatrice are stepping up their efforts to control attempted looting on Thursday, after detaining a man with a rolling suitcase who was allegedly stealing from homes there, ANSA sources said.
Sources said the man was nearly lynched by a crowd before police arrived, in a climate of increasingly high tension following similar episodes of suspected looting on Wednesday in which some suspects were detained and others were arrested.
An Afghan refugee was also detained and later released Wednesday after attempting to remove rubble from a home where two Afghan women had been buried, in an area that rescue workers hadn't yet reached.