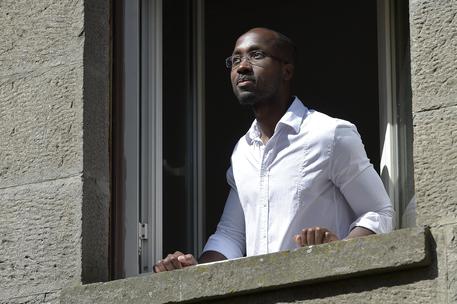 (ANSA) - Perugia, June 30 - Rudy Guede, who is serving a 16-year prison sentence for his 2008 conviction for the murder of British student Meredith Kercher, will request a review of his trial, said his press office on Thursday.
In Italian criminal code, a review is a special type of appeal with no statute of limitations that is available under certain circumstances to convicted criminals.
The request will be presented to the Florence Court of Assizes of Appeal by the end of July, Guede's press office said.
In a statement, Guede's press office referenced the acquittals of suspects Amanda Knox and Raffaele Sollecito by Italy's high Court of Cassation as the basis for requesting the review.
"(By) totally eliminating the situation in which a crime was committed by Knox and Sollecito, as established by the Cassation Court, there's no longer a way to explain Rudy's role," his press office said.
Guede had a fast-track trial, under which convictions are cut by a third and are normally unappealable.
Guede, whose DNA was found all over the murder scene in Perugia as well as inside Kercher, was in the news at the weekend when he had his first 36-hour furlough for good behaviour.