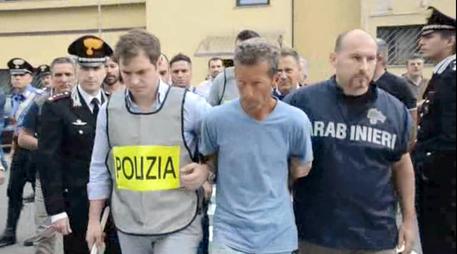 (ANSA) - Milan, May 27 - A court trying a construction worker in the murder of schoolgirl Yara Gambirasio will retire to consider its verdict on July 1, judicial sources said Friday.
Prosecutors last week requested that the accused murderer, Massimo Bossetti, spend the rest of his life in prison, in isolation.
Bossetti is on trial for the killing of the 13-year-old, who went missing in November 2010 and whose body was found in an isolated field the following February.
The construction worker and father of three was arrested in 2014 after extensive DNA testing of the local population tracked him down as the biological son of a local bus driver, Giuseppe Guerinoni, who died in 1999.
This in turn identified Bossetti as the donor of DNA found on the teen's body.
Forensic experts also found traces of the fabric from seats in Bossetti's van on the leggings worn by Yara the day she disappeared.
Prosecutors argued the murder was aggravated by torture and cruelty because the victim was struck three times in the head and stabbed multiple times before being dumped in the field, where she died from a combination of the injuries and exposure.