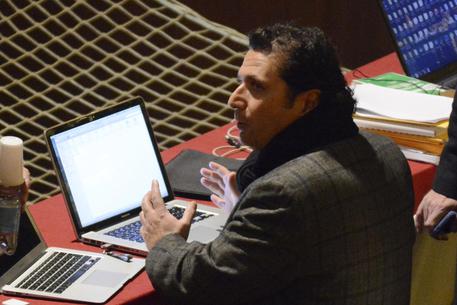 (ANSA) - Florence, April 28 - An appeals trial opened in Florence Thursday over the 2012 Costa Concordia cruise liner disaster that left 32 dead in Italy's worst postwar maritime disaster.
In the first-instance trial in Grosseto last year, former captain Francesco Schettino got 16 years for causing the shipwreck on the Tuscan island of Giglio and recklessly abandoning ship. Schettino was following the appeals hearing from his home near Naples, and his defence lawyer said he was "tranquil".
Grosseto Prosecutor Alessandro Leopizzi dismissed Schettino's defence, that the shipwreck was caused by others.
"The shipwreck was 'also' caused by others, but that doesn't cancel Schettino's responsibility," he said. Before the trial, Grosseto prosecutors asked the court to raise Schettino's jail term, arguing his 'Titanic responsibility' called for 'exemplary punishment'.
The prosecutors believe that the punishment is insufficient for the disaster, in which the Concordia capsized after sailing too close to Giglio and hitting rocks.
They asked for a 26-year term at the first-instance trial, when Schettino was convicted of multiple manslaughter, causing a shipwreck, abandoning ship and abandoning the incapable.
"Schettino's Titanic responsibility must bring down exemplary punishment," the prosecutors said.
Laast July, the Grosseto court said in its explanation of its ruling that Schettino knew people were still aboard the Concordia when he boarded a life boat and abandoned the ship, adding that he did this "to save himself with the precise intention of not getting back on the ship".
In the report, judges said the situation when Schettino abandoned the Concordia was such as "to make it impossible or difficult" for the passengers still aboard to "find safety".
"The 32 deaths of the people on board the Concordia wouldn't have happened if (Schettino) had managed the emergency with expertise and diligence," the explanation said, and if he had adhered to "dutiful" regulations for a situation of that kind.
During the emergency, Schettino received a call from Italian Coast Guard Commander Gregorio De Falco, who in the aftermath of the disaster was hailed as a "hero" for ordering Schettino to return to the sinking Concordia.
In the report, the Grosseto court said that during the conversation, Schettino was "improvising, recounting a movie that was playing only in his imagination," and the judges compared Schettino to an improvisation actor.
"Those lies are offensive towards the hundreds of people who were trapped," said the report, adding that they were even more so towards "those who didn't make it".
Schettino, who was dubbed captain coward in the media for abandoning the ship before all his passengers were evacuated in Italy's worst postwar maritime disaster, has been allowed to remain free, pending his appeal against the conviction.
The former captain claims his image and actions have been distorted by investigators and the media, arguing that he saved lives by steering the ship close to Giglio as it took on water.
He was the only person to stand trial for the disaster after a number of crew members and company staff reached plea bargains with prosecutors.