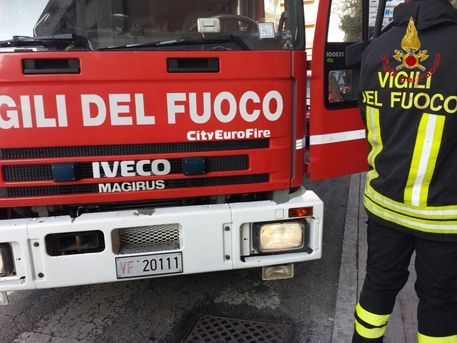 (supersedes previous)(ANSA) - Trento, January 22 - The body of one man was recovered and another is still missing Friday after a violent explosion in a one-family detached home in Trento province caused the building to collapse.
Police said the body of a 45-year-old laborer has been found in the rubble and the 75-year-old owner of the house is still missing.
Witnesses said the explosion took place shortly after the two men entered the house earlier in the afternoon. The two-story building was under renovation and was completely destroyed by the blast. Rescue workers are sifting through the rubble in search of the missing man. The incident took place in the northern village of Mezzomonte di Sopra near Folgaria in Trento province. The entire population of the tiny village is aiding in the search, along with canine units. Ambulances and Carabinieri police are also on the scene. The cause was a possible gas leak, according to fire fighters.