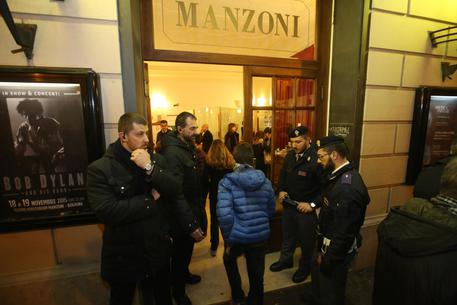 (ANSA) - Bologna, November 19 - Bob Dylan fans arriving for his concert in Bologna on Wednesday night met explosive-sniffing dogs and metal detectors at the entrance after security measures were beefed up in the wake of the attacks in Paris.
Bologna's Teatro Manzoni confirmed that the extra measures had been taken to guarantee spectators' safety but added in a statement that Dylan himself had made no specific requests for additional security, denying media reports that he had demanded the presence of armed guards.
The American artist played for about two hours, starting from "Things Have Changed" and covering popular tracks including "Blowin' in the Wind" and "Tangled Up in Blue".
Following the attacks in Paris on November 13, which included an assault on the Bataclan concert hall, Dylan has also played in Switzerland and Austria. He plays one more night in Bologna on Thursday then he is set to move on to Milan for two nights.