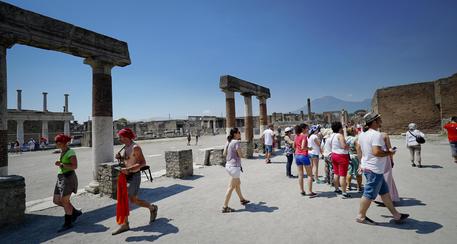 (ANSA) - Naples, October 12 - Four French tourists of North African origin were cited by police at Pompeii Monday after being found with fragments of non-frescoed wall material in their backpacks at the ancient Roma site. They had picked up the fragments, between two and three centimetres in length, from the ground rather than detaching them from walls, officials said.
The four have been cited for aggravated theft. Officials said it was impossible to say immediately where the fragments of stucco, which did not have any particular value, had come from.