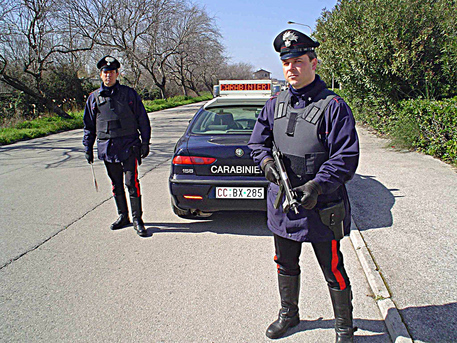 (ANSA) - Rome, July 1 - Carabinieri police on Wednesday arrested two North African people in dawn raids as part of a probe by Rome prosecutors into an alleged al-Qaeda-inspired Islamist cell, ANSA sources said. A third person who was already in jail is also under investigation. Investigators said the suspects aimed to "plan and execute terrorist acts in Italy and North Africa". The three are accused of international terrorism.
In a separate anti-terrorism operation Italian police on Wednesday arrested in dawn raids 10 people from two families who were allegedly about to leave the country to fight in Syria, ANSA sources said.

The arrests were made in provinces of Milan, Bergamo and Grosseto and in a town in Albania. Four of the suspects were Italian converts to Islam. Five Albanians and a Canadian national were also arrested. The two families were connected via the marriage between an Italian woman and an Albanian man, the sources said.