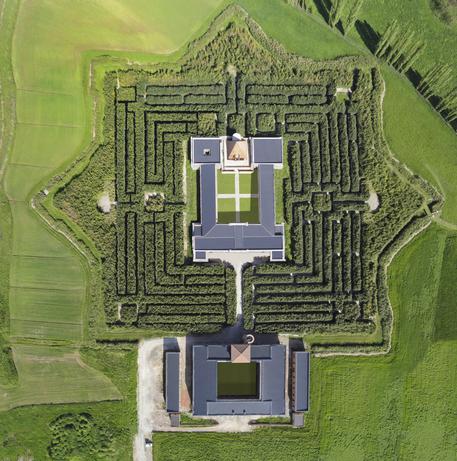 (ANSA) - Parma, May 28 - The world's biggest maze opened in Fontanellato in the northern Province of Parma on Thursday.
The labyrinth conceived by Italian publisher and art collector Franco Maria Ricci covers eight hectares and is modelled out of 200,000 bamboo plants measuring up to five metres in height to a total of three kilometres of inside paths.
It is the result of a promise made by Ricci to Argentinean writer Jorge Luis Borges in 1977 and demonstrates his declared fascination with mazes as a reflection of the human condition. The site also includes the headquarters of the publishing house Franco Maria Ricci and a museum containing 500 paintings, sculptures and art and design objects dating from the 16th to the 20th century.
There is also a library containing 15,000 volumes on art history and the entire collection of works printed by the 18th-century Parma typographer and publisher Giambattista Bodoni, who designed the serif typeface of the same name.