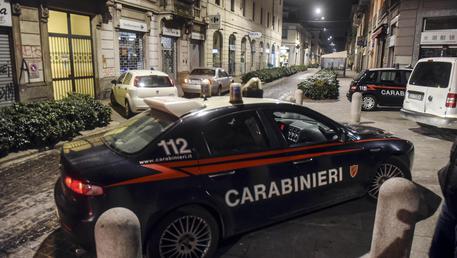 (ANSA) - Rome, March 25 - What investigators called a "highly dangerous" recruitment cell for Islamic State (ISIS) militants was busted in Italy on Wednesday at the end of a two-year probe.
Three people were arrested in Italy and Albania in an operation to bust the cell of alleged Islamist extremists dedicated to recruiting jihadists and helping them reach ISIS militias. The operation is the result of a two-year Brescia-based investigation by Italian anti-terrorism police, said Mario Papa, the head of the international anti-terrorism division of preventative policing unit UCIGOS.
The suspects in Italy were arrested in the province of Turin. Police also conducted searches of properties linked to people suspected of being ISIS sympathizers in the regions of Lombardy, Piedmont and Tuscany.
"Today is an important day for the fight against terrorism," said Brescia Prosecutor Tommaso Buonanno.
"It shows that investigators are paying attention to this new situation, despite a scarcity of resources". A 20-year-old Italian with Moroccan roots who is suspected of being the author of a 64-page Italian-language document of ISIS propaganda that recently appeared on the Internet is among the people arrested. The document, which was detected by the authorities on February 28, presented propaganda detailing ISIS's version of what it is doing in Syria and Iraq and how it supposedly protects supporters and is ruthless with enemies. The young man allegedly prepared the propaganda in November. Its significance is not so much the content, but the fact that it targeted an Italian audience, according to investigators. It was published by a number of users on Facebook and other websites, the sources said. The two other people arrested are both Albanian nationals, sources said - an uncle and nephew, one of whom lives in Albania, while the other is a resident of the province of Turin.
The three people arrested were allegedly in contact via telephone and Facebook with Anas El Abboubi, one of dozens of ISIS foreign fighters linked to Italy. El Abboubi is currently thought to be in Syria.
He was arrested in June 2013, but subsequently released by a court. Before going to Syria he visited Albania An Italian-Tunisian resident in the province of Como has also been put under a special surveillance protocol as part of Wednesday's operation and had his travel documents seized.
"This morning three people who were recruiting were arrested thanks to the police and magistrates and for the first time the special surveillance measure contained in the recent anti-terrorism decree, which has not yet been ratified, was applied," Interior Minister Angelino Alfano told State broadcaster RAI. "This means that the prevention system is working".
The father of the 20-year-old Italian, Elvis, said if his son is indeed involved with the Islamic State terrorist group, he will mete out fierce justice himself.
"My son is a good boy," said Idajet Elezi.
"But if he is a terrorist, I'll kill him myself".
"We're Muslims, and I ask Caritas (Catholic charity) for help because my husband has been unemployed for five months," said Liliana Elezi, Elvis' mother.
"We feel nothing but gratitude towards Italy".