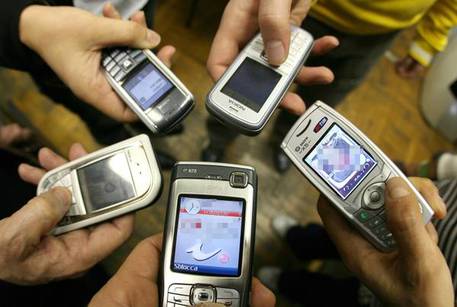 (ANSA) - Naples, December 15 - A priest in Naples has installed a device in his church blocking cellular phones, after he tired of telling parishioners to shut them off, the newspaper Il Mattino reported Monday.
The young high tech priest, Don Michele Madonna, has headed the church Santa Maria a Montesanto, located in a commercial hub of downtown Naples, for the last two years.
Madonna's initiative received applause from many parishioners but also complaints from many shopkeepers near the church.
"For a number of months, we have had problems with debit cards, which go haywire, as do tablets and cellular phones," said one shopkeeper.
Shopkeepers claim Madonna's tech device has also sabotaged business by interfering with a common practice among merchants to gather customer orders via cell phone.
The priest denies any blame for the digital mishaps.
"When I installed (the device) a number of months ago, there was a Whatsapp blackout, and they blamed it on me. Instead, the block was a national phenomenon," Madonna told the paper. "I had the prosecutor's office process my request to use the device that I bought in a specialized shop," added the priest. "It works exclusively within the 40 square meters of the church".