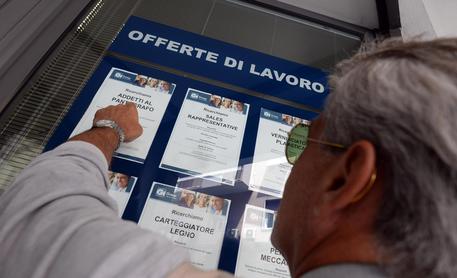 (ANSA) - Rome, December 1 - The number of Italians emigrating has steadily increased in recent years, reaching as many as 100,000 in 2012 and likely to have increased even more in 2013, the Organisation for Economic Cooperation and Development (OECD) said Monday.
Nevertheless, Italy's migratory balance remained positive in 2012 compared to Spain and Portugal where outflows of citizens were not balanced by inflows and thus, their populations dropped, the OECD said in its latest report on international migration.
That showed the number of permanent immigrants to Italy fell dramatically between 2007 and 2012; from 572,000 in 2007 to as few as 258,000 in 2012, the OECD said.
That has had an impact on the total migration figures for the organization's area. "The lower number of immigrants to Italy is the main reason for the overall reduction in immigration to OECD countries," said the report.
Immigrants have increased their presence in the Italian labour force in recent years - albeit in certain well-defined areas, the report said.
Immigrants made up 10% of the population by 2012 compared with just 2.5% in 2001. As many as 58% of immigrants were employed in 2012, many in the domestic service sector.
But immigrants are at risk of higher unemployment as they often have no local contacts and can find it hard to adapt to structural changes in the labour market.
Many immigrants become trapped in low-paid jobs with little prospect of making careers, the OECD added.
Only Greece is more polarised than Italy in the OECD area between jobs dominated by immigrants and natives, the report said.
Young immigrants also are at risk of unemployment in Italy since they are usually poorly educated and badly prepared to use the labour market successfully.