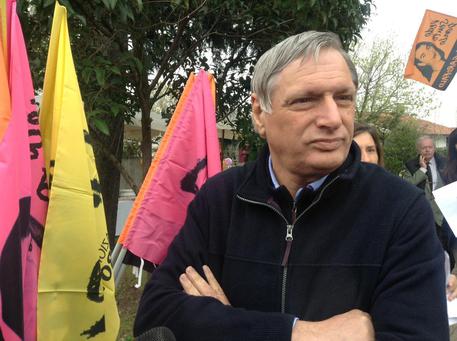 (ANSA) - Rome, September 1 - An anti-Mafia priest in southern Italy says that despite alleged threats made towards him by Cosa Nostra "boss of bosses" Toto' Riina, he is not afraid and will continue his fight against violence and organized crime.
Don Luigi Ciotti added that he thought it was "strange" that the police - who have provided him with protection - did not tell him about the latest threats made one year ago in a wiretapped conversation allegedly made by Riina who is in prison for multiple murders.
"No one warned me, I find that strange," Ciotti said in an interview published in La Repubblica newspaper.
He added that he heard about the threat from media and in a call from Italian Premier Matteo Renzi, who telephoned the priest to offer his support.
"The threats from Riina are very significant but I do not fear anything," said Ciotti. They demonstrate the Mafia's anger at Ciotti's organization Libera which has fought mafia power for 20 years, he added.
Libera converts former mob property into socially responsible businesses and institutions.
"For me, the commitment (to fight organized crime) has always been an act of faith in the Gospel, to denounce injustice and violence, to stand on the side of the victims, the poor, the excluded," he said.
Riina reportedly complained about Ciotti in a conversation last September and said he wanted the crusading priest dead, according to a transcript from the wiretapped conversation.
Pietro Grasso, Senate leader, posted a message of solidarity with Ciotti in a message on the Senator's Facebook page.
Grasso is a former anti-mafia magistrate. "The threats by Riina that emerged...are yet another attack on the commitment and the memory of the thousands of citizens who have been involved every year to help make our country freer and fairer," wrote Grasso.