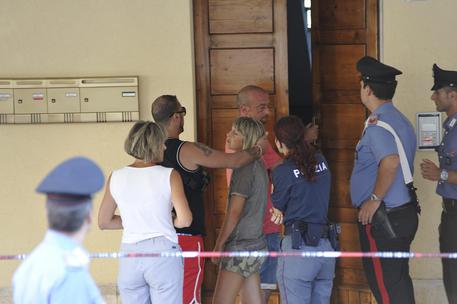 (ANSA) - Ancona, August 18 - A 34-year-old father accused of stabbing his baby daughter to death in her bed has a history of psychological problems and was sent Monday for further psychiatric testing, police said.
They say a fit of madness may be the explanation after Luca Giustini, a train driver, allegedly stabbed his 18-month-old daughter to death with a knife in their home on Italy's eastern coast.
Giustini was said to have violently attacked his daughter Alessia with a kitchen knife in their apartment in the same building that houses a military police barracks in a suburb of Ancona.
The baby was in a cradle at home alone with her father at about 2 p.m. on Sunday, while the mother was at work as a nurse.
The couple have another daughter, 4.
Police say the baby was struck many times with a knife until it pierced her chest.
Giustini reportedly telephoned his wife after the stabbing to say "I screwed up".
According to police, Giustini was too distraught to be interrogated and could not even remain seated.
They said the man has no record of violence.
Chief prosecutor Elisabetta Melotti called the death "an exceptionally sad event".