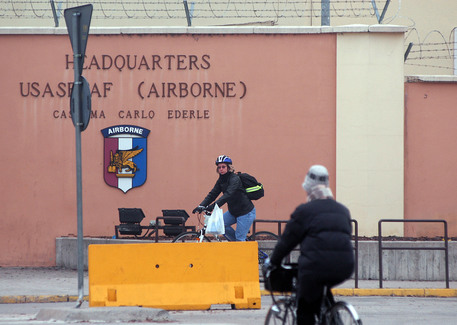 (ANSA) - Vicenza, July 25 - Justice Minister Andrea Orlando said Friday that two American paratroopers who allegedly raped and battered a six-month pregnant Romanian woman will be tried in Italy and not the United States.
"We will not give up our jurisdiction," the minister tweeted.
The two American soldiers were identified as Gray Gerelle Lamarcus, 22, and Edil McCough, 21.
They were held for questioning Thursday in the assault that occurred about 10 days ago.
Lamarcus is also accused of sexually assaulting a minor from Vicenza province.
He is currently being treated at a local hospital after attempting suicide, police say.
The two paratroopers allegedly raped and savagely beat the Romanian woman, who worked as a prostitute and who was six months pregnant.
Before fleeing the two allegedly stole from the woman's handbag.
Vicenza's mayor, Achille Variati, had called on Orlando to reject any request from the United States to allow the two American soldiers to be tried on their home turf.
"There are two big American military bases near Vicenza, and many Americans live here," the mayor said Friday.
"When you live together, everyone must abide by the same rules. Now it is important that Italian justice be swift".
American soldiers, their families, and some airmen and sailors are stationed at the US Army Garrison in Vicenza, which also serves as headquarters for America's Southern European Task Force (SETAF) and its 173rd Airborne Brigade.