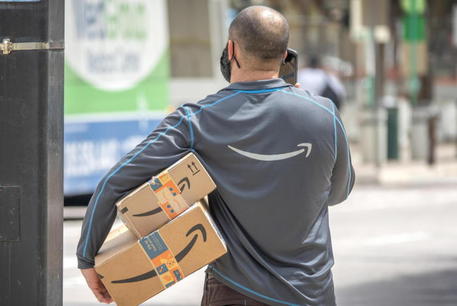 (ANSA) - ROME, JUN 14 - E-commerce logistics is increasingly a local phenomenon, according to a snapshot taken by the 'Imagine' study, conducted as part of the ESPON research programme, which is specialized in analysis of EU regional policies.
In the area of the corridor between Milan and Bologna, the companies of this sector are increasingly positioning their warehouses outside major cities, the study said.
This is so much so that, in recent years, a large logistics area has developed, one with a limited international outlook but a big impact on the local territory.
This gravitates around Milan and goes from Novara to Brescia, passing through Piacenza and Pavia.
After an initial concentration around the big urban centres of Milan and Bologna, there was a phase of increased logistics operations in suburban or rural areas that have good access to the road network, the researchers wrote.
Here "a specialization in road-based logistics developed, with operations of lower added value that require a less qualified workforce and warehouses", they wrote.
It is sufficient to look at the increase in facilities registered in Lombardy between 2009 and 2019 to see this: the surface area in terms of square metres devoted to warehouses doubled, especially in the southern provinces of the region (Lodi, Pavia) and Novara.
The expansion of logistics companies in these areas could accelerate further following the boom in online acquisitions generated by the COVID-19 pandemic.
Emilia-Romagna and Lombardia "are highly attractive for e-commerce because of their geographical position, the logistics and transport network, the proximity to the companies that produce the goods handled online and because they are the natural centre of gravity of a large market" that embraces the centre and north of Italy and central Europe, the researchers wrote.
But this expansion has an impact on the local territory that must be understood and managed, the researchers wrote: on one hand, logistics activities can contribute to local development, but, on the other, they eat into greenbelt areas, contribute to urban sprawl and generate a series of negative costs for the community, going from pollution to traffic congestion.
"Up to now there has not been a policy that has governed the growth in logistics demand at the supraregional level, even though there were significant e-commerce growth trends even before the pandemic," Politecnico di Milano applied economics lecturer Ilaria Mariotti and researcher Federica Rossi explained to ANSA: "The need to impose a new period of planning on logistics activities has emerged from dialogue with the parties involved, with interventions fit for a vast area that seek both to integrate the mobility system intersections, reducing competition between territories, and function efficiently internally". (ANSA).