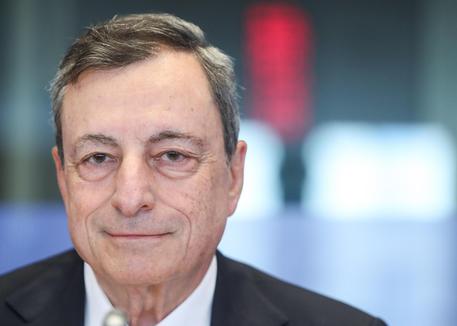 (ANSA) - Rome, July 9 - Head of the European Central Bank Mario Draghi reported on several decisions taken by the ECB, as well as a general economic assessment, during hearing before the Committee on Economic and Monetary Affairs of the European Parliament on Monday.
Regarding the new Italian government's budget, he urged a focus on "facts" rather than just talk.
"We have to see the facts before judging; the test will be the facts. Up to now, there have been words, and the words have changed," Draghi said.
Asked if the future end of quantitative easing (QE) in December 2018 would weigh on Italy, he said "the markets appear to be calm", and said that the ending "doesn't mean that our monetary policy will cease to be expansive".
"Our mission and our mandate are not aimed at protecting national budgets. That being said, we are confident that the (Italian) economy is strengthening and that the ending of QE will be mitigated by other monetary policy measures so that monetary expansion will remain ample," he said.
He also emphasised the importance of a united European Union.
"In these times of increased global uncertainties, it's more important than ever for Europe to remain united," he said.
"To absorb shocks and reduce the risk of full-blown crises, the euro area would also benefit from a common stabilisation function," Draghi said, adding that the ECB "very much welcomes the renewed impulse to this discussion". Draghi said a timely adoption of bank reforms "will help to further strengthen the solidity of the financial system".
He called for a "swift process" by the trilogue (the European Commission, European Parliament, and European Council) and said the accord reached on the use of the European Stability Mechanism fund as a protection network for the Single Resolution Fund is "equally important". Draghi said "downside risks to the (economic) outlook mainly relate to the threat of increased protectionism".