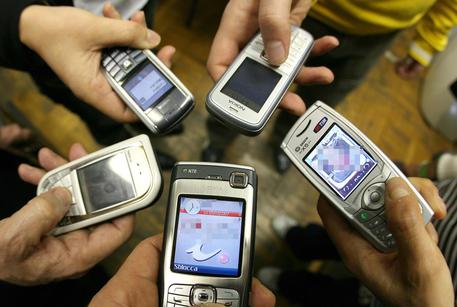 (ANSA) - Rome, February 16 - After a return to monthly billing, Italy's antitrust authority (AGCM) on Friday cited TIM, Wind Tre, Vodafone, Fastweb and Sky for "not respecting norms on clarity, transparency and completeness of information". It said the firms must clear up with users that "eventual" cost increases "are exclusively the consequence of choices by operators" and not of the return to monthly bills. AGCM also started "new sanctions proceedings" for those who did not comply with the ruling to make monthly billings.
Telecoms giants TIM, Wind, Vodafone and Fastweb on Thursday reacted to an antitrust billing probe against telecoms firms by saying they had never carried out anti-competitive practices.
In a statement TIM said it "reiterates that it always operated respecting the norms in force and ensuring full cooperation to all sector authorities and the maximum transparency to its clients".
TIM "categorically excludes that there was any coordination of its commercial strategy with other operators also with regard to the ways and timescales for complying with the law which imposes all the market to adopt, by April 5 2018, the monthly billing schedule".
Wind said that "Wind Tre, in the course of today's inspection by the antitrust authority, supplied, with the utmost collaboration, all the information requested. The company confirms it fully respected the dispositions of the law and it has nothing to do with any anti-competitive practice".
Vodafone told ANSA "it is convinced of the correctness of its operations and is actively collaborating with the antitrust authority" in the billing probe.
Fastweb issued a similar statement.
Earlier AGCM said it had opened a probe into TIM, Vodafone, Fastweb, Wind Tre and sector association Assotelecomunicazioni-Asstel to see if they coordinated their commercial strategy to make billing on a monthly basis with "almost identical methods". At the same time, the antitrust watchdog said, the companies had allegedly hiked the monthly bills "to distribute overall annual spending over 12 months rather than 13".
Finance police on Thursday conducted inspections on behalf of Italy's antitrust authority at the offices of the country's main fixed-line and mobile telecommunications operators, sources said.
The inspections were related to suspicions of competition-limiting agreements among the operators and the issue of invoicing customers on a 28-day basis or on a monthly one, the sources said.