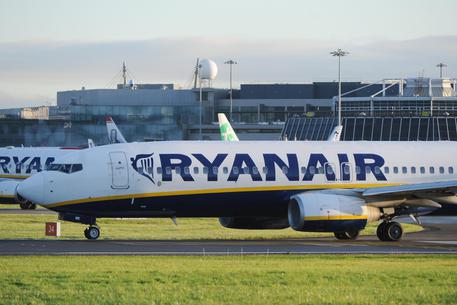 (ANSA) - Rome, October 20 - Italian Civil Aviation Authority ENAC chief Vito Riggio said Thursday there were no grounds to punish Ryanair despite the Irish low-cost airline cancelling thousands of flights as a result of a pilot rostering management failure.
"There are no grounds for applying sanctions on Ryanair, but we'll remain vigilant and ready to intervene if there are any complaints", ENAC President Vito Riggio said after meeting Ryanair CEO Michael O'Leary.
Riggio said Ryanair had agreed to a request for more transparent information.
O'Leary told Riggio that the budget carrier would not be cancelling any more flights after March.
"It was a good meeting," he said, saying that Ryanair will pay "all" of the estimated 25 million euros in reimbursements to affected passengers.
"We found solutions for 95% of the passengers involved" after cancelling hundreds of thousands of flights.
O'Leary went on to say that "our pilots are paid very well and we are now doing interviews with Alitalia pilots, who want to come over to us".
He said talks were going ahead with Alitalia commissioners but "we have to sort out our own problems before we can deal with other peoples'".
Ryanair on Friday firmly denied Italian press reports that flights had been cancelled due to pilots taking backed-up holidays or leaving for better-paying airlines.
In a statement, it stressed: "The cancellations were as a result of a pilot rostering management failure, we have over 4,200 pilots and over 900 have joined so far this year."