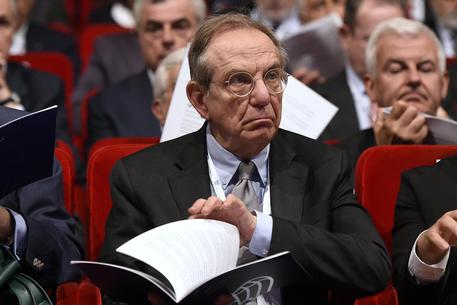 (ANSA) - Milan, May 25 - The prospect of bail-ins is looming for troubled lenders Popolare di Vicenza and Veneto Banca after European competition officials on Wednesday confirmed demands for greater private involvement in recapitalizations at a meeting.
Shareholders in the two medium-sized Veneto-based banks lost their investments last year when they were rescued by State-sponsored, privately-funded bailout fund Atlante.
The economy ministry said Thursday that the government was in talks with the European authorities to reach a solution that "guarantees the stability of the two Veneto banks and safeguards savers completely, fully respecting European rules". The ministry released the statement after Economy Minister Pier Carlo Padoan met the heads of the two banks. The statement stressed that "in terms of liquidity, Banca Popolare di Vicenza and Veneto Banca have all the necessary public guarantees".