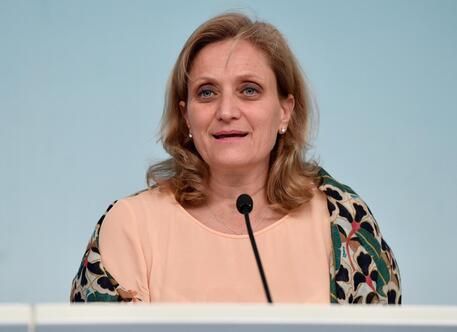 (ANSA) - ROME, JAN 24 - Noemi Di Segni, the president of the Italian union of Jewish communities, pointed out on Tuesday that Nazi Germany was not alone in implementing the Shoah and that Italy's Fascist regime played a role too, ahead of Holocaust Memorial Day on Friday.
"Holocaust Memorial Day is not a moment to give a compassionate caress to the Jews," Di Segni told a conference organized by the Trieste prefect's department.
"It's the day for everyone, citizens and central and local institutions, to take responsibility...
"The racial laws were announced here in Trieste (by Benito Mussolini) 85 years ago with a speech that was crazy for the beginning to the end.
"But the packed square (before him) cheered and clapped...
"It's important to realize that the Shoah is not just Germany, Auschwitz, Nazis.
"It's also Italy in every street and square - Italians and, above all, the Fascist regime.
"It is also necessary to realize that Fascism and the Italian Social Republic after 1943 were not just bad for the Jews, they were bad for the whole of Italy". (ANSA).