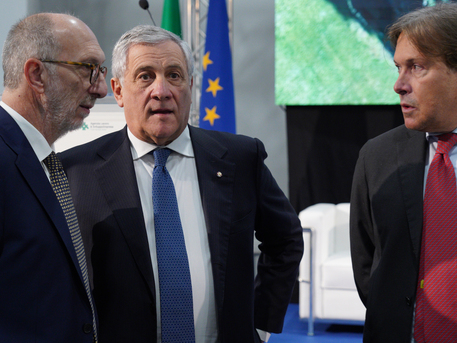 (ANSA) - ROME, JAN 24 - Fake Russian news has already been returned to sender on several occasions, Foreign Minister Antonio Tajani said after the latest provocative Russian embassy post claiming that Italian-made armoured vehicles had been destroyed in Ukraine.
'We have already responded on the fake news, rejecting it to the sender," Tajani said at a press conference at the end of the Balkans conference, responding to a question on yet another provocative post by the Russian embassy in Rome.
Tajani also recalled, for example, another post on anti-personnel mines, stressing that Italy has "always respected international rules".
Italian military vehicles are burning at Soledar, scene of the latest and fiercest fighting in the Ukraine war, the Russian embassy said in its latest provocative post on Tuesday.
"For the Russian military who shot this video, it makes no difference which Italian military vehicles are burning near Soledar: Iveco 4x4 or MLS Shield. They burn in more or less the same way", said the embassy in Rome on social media, where a video was also circulated. (ANSA).