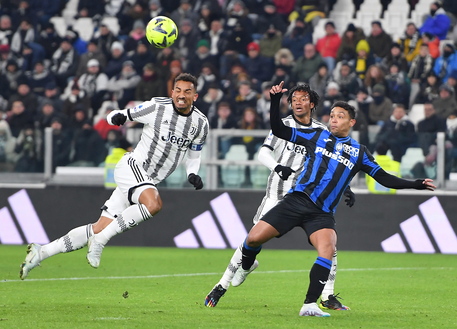 (ANSA) - ROME, JAN 23 - Juventus CEO Maurizio Scanavino has said he is confident the Turin giants will overturn on appeal the 15-point deduction imposed on them last week by an Italian Soccer Federation (FIGC) tribunal for allegedly inflating earnings from transfer dealings in their balance sheets.
Juve were third, 10 points behind Serie A leaders Napoli, before the decision but they are now 27 points off the pace in ninth after the penalty and Sunday's 3-3 draw with Atalanta.
"We believe this sentence is completely unfair," said Scanavino, who is part of a new board appointed last week.
"We'll certainly appeal to (Italian Olympic Committee) CONI to reiterate our position, which is very solid and clear.
"We believe we're in a strong position and we'll continue down this path.
"It's not just Juventus and our fans that think this is an unfair ruling.
"I must also thank the supporters of other clubs, as well as people who've been working in football for a long time and famous faces on TV and on social media who have shown that they understand the unfairness and exaggerated nature of these decisions".
Former Juve chairman Andrea Agnelli was banned from involvement in Italian soccer for 24 months by the tribnal over the case and former director of sport Fabio Paratici, now with Tottenham Hotspur, banned for 30 months.
The club's current Director of Sport Federico Cherubini has been banned for 16 months.
The Serie A giants appointed a new board on Wednesday after Agnelli and the other directors quit in November amid a probe by Turin prosecutors into allegations that the club had presented false information to investors about its accounts in recent years.
The accounts of the club, a listed company, have also come under the scrutiny of Italian stock-market regulator Consob.
Criminal prosecutors are also looking into allegations that the Serie A club made secret salary payments after declaring that players had agreed to take wage cuts during the COVID-19 pandemic. (ANSA).