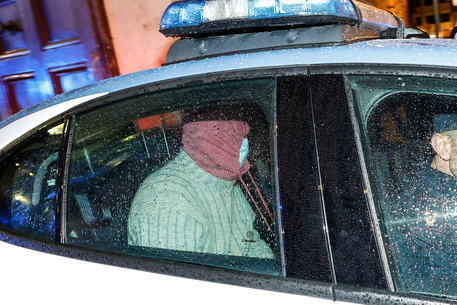 (ANSA) - ROME, NOV 23 - The alleged killer of three Rome prostitutes is to have a psychiatric test based on his previous treatment for mental issues and problems with drugs, his defence team said Wednesday.
Giandavide De Pau, the 51-year-old former driver of Camorra boss MIchele Senese, is accused of stabbing to death two young Chinese sex workers as well as a 65-year-old Colombian trans prostitute, Martha Castano, in the Italian capital last week.
The Chinese sex workers have not been named.
The defence team said their client will probably not answer the questions of a preliminary investigations judge (GIP) later Wednesday.
"His psychiatric profile will have to be examined by prosecutors also. De Pau was free because his detention was not warranted and no one, not even the psychiatrists who had examined him, had been aware of his dangerousness", they said.
De Pau's sister Francesca told La Stampa daily Wednesday that "I love my brother but I couldn't help but report him. It was a case of three women's deaths".
Police have said De Pau was looking for counterfeit documents in order to flee the country and that he may have killed other women. (ANSA).