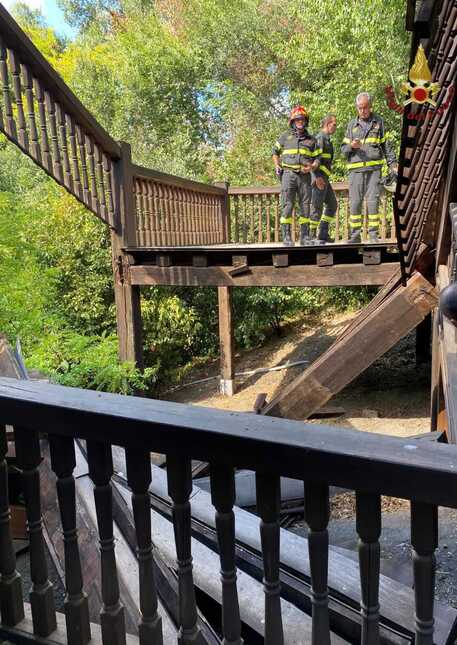 (ANSA) - ROME, SEP 22 - Rome Mayor Roberto Gualtieri said Thursday that 12 people were injured when a stairway collapsed at the Globe Theatre in the city's Villa Borghese park.
He said "five adults and seven kids" taking part in a school trip had been hurt, adding that no one was in a life-threatening condition.
Fire brigade sources said the stairway gave way as people were on their way out after a show for school pupils.
Gualtieri said he had been in contact with the management of the theatre, a reconstruction of the Elizabethan theatre of Shakespeare's company, and was told that maintenance work had been done on the stairway in question this summer.
He said the Globe would be closed and it was not certain when it would reopen. (ANSA).