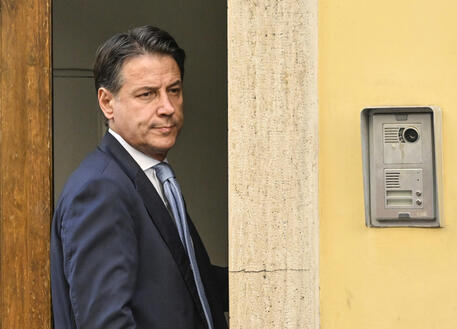 (ANSA) - ROME, JUL 29 - 5-Star Movement (M5S) leader Giuseppe Conte said Friday that the group will not be scrapping its limit of two terms for its elected representatives, meaning many of its lawmakers will not be able to stand for the movement in the September 25 general election.
These include Lower House Speaker Roberto Fico and former justice minister Alfonso Bonafede.
"You will not find people who have already done two terms among the M5S candidates at the next general election," Conte said via Facebook.
"So the rule that the Movement imposed on itself from the start, as a form of guarantee to make sure the elected representatives dedicate themselves to the good of the country without getting distracted by their personal destinies, is not changing".
Removing the two-mandate limit would have enabled the movement to make use of the skills and experience gained by many lawmakers over the last to parliamentary terms.
But it would probably also have been seen as a further move away from the M5S's anti-establishment roots.
After a series of defections, splits and setbacks, the M5S is trying to renew itself under ex-premier Conte.
It triggered the crisis of government that led to the collapse of outgoing Premier Mario Draghi's ruling coalition last week.
The M5S was only founded by comedian-cum-politician Beppe Grillo in 2009 but it fast won support among people disaffected by Italy's traditional parties and it was the individual group that won most votes in the 2018 general election, bagging about a third.
It has now been part of three coalition governments though and, with the compromises that come with being in power, a signification chunk of its support has fallen away recently.
The M5S is currently fourth in the polls with the support of around 10% of the electorate, according to surveys. (ANSA).