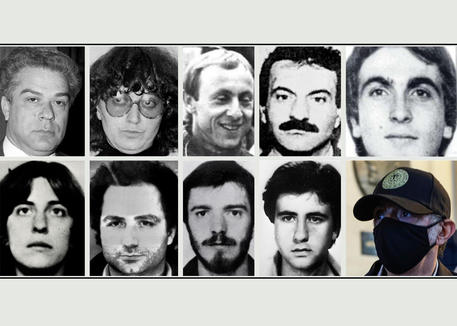 (ANSA) - ROME, JUL 4 - The Parisian prosecutor general's office on Monday appealed to the French supreme Cassation Court against a lower court's recent decision to refuse Italy's extradition request for 10 former leftist terrorists who had taken refuge in France.
The appeal refers to articles six and eight of the European Convention on Human Rights regarding the right to a fair trial and respecting private and family life, judicial sources said.
The former leftist terrorists including many Red Brigade (BR) ex-members whom a French judge denied extradition to Italy Wednesday should on the contrary be judged in Italy, French President Emmanuel Macron said on the sidelines of the NATO summit in Madrid Thursday.
"They should be judged on Italian soil," he said.
Macron was speaking a day after a Paris appeals court denied Italy's request for the extradition of 10 former leftist terrorists who have been living in France for decades.
The 10 were arrested last year, a move that seemed to have ended the so-called Mitterrand Doctrine that shielded Italian former terrorists from Italian justice as long as they gave up the armed struggle, before being released under various forms of guarded liberty.
Many of the formers terrorists were members of the Red Brigades, the group that abducted and murdered former Italian premier Aldo Moro in 1978.
They also include Giorgio Pietrostefani, who has been convicted in Italy for conspiracy in helping order the 1972 murder of Milan police commissioner Luigi Calabresi in retaliation for the 1969 death of an innocent railway worker and anarchist bombing suspect, Giuseppe Pinelli.
Pinelli fell from a police station window in what late Nobel prizewinning playwright and leftist activist Dario Fo called, in his famed play, The Accidental Death of an Anarchist.
Pietrostefani was a leading member of the hard-left group Lotta Continua, whose leader Adriano Sofri served much of a 22 year sentence for ordering the murder of Calabresi, who had been cleared of all responsibility in Pinelli's death after the Piazza Fontana bombing in Milan that killed 17 people and injured 88, sparking the Years of Lead of rightist and leftist terror. (ANSA).