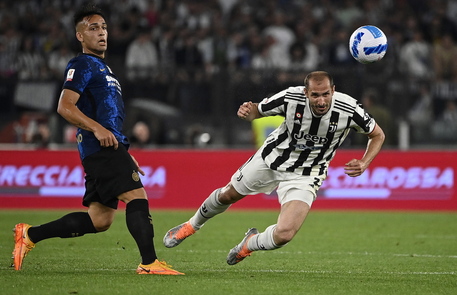 (ANSA) - ROME, MAY 12 - Italy captain Giorgio Chiellini has said he will say farewell to Juventus fans at their home stadium against Lazio on Monday after announcing this will be his last season with the Turin giants.
"I'm giving way to the youngsters, as next year I will not be here," the 37-year-old said after Juve's defeat to Inter in the Italian Cup final on Wednesday.
"On Monday I will say goodbye to my stadium, and (away at) Fiorentina will be my last match.
"I say goodbye to this team, of which I will be the biggest fan, with joy because Juve will always stay with me".
Chiellini has won nine Serie A titles and five Italian Cups, among other honours, and played in two Champions League finals since joining Juve in 2005.
After leading to Azzurri to victory at Euro 2020 last year, Chiellini is set to say goodbye to the national team when Italy take on South American champions Argentina in the so-called 'Finalissima' at Wembley on June 1. (ANSA).